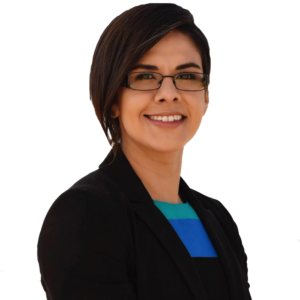 Jessica A. Gonzalez is an experienced progressive advocate who will fight tirelessly for our community and democratic values.

Jessica A. González is an attorney who has dedicated her life to public service. Born and raised in Dallas, Texas, Jessica is the proud daughter of immigrants who came to the United States from Mexico in pursuit of the American Dream. Throughout her life, Jessica has remained conscious of her family’s courage and hard work ethic, and plans to use her diverse educational, professional, and policy experience at both the local and national levels for House District 104.

Jessica attended Dallas County Community College District and later earned her Bachelor of Arts, magna cum laude in Criminology and Criminal Justice from The University of Texas at Arlington. In recognition of her leadership and academic achievement, Jessica was awarded University Scholar and selected to participate in the Hispanic Association of Colleges and Universities (HACU) summer internship program, where she worked at Department of Defense Logistics Agency in New Cumberland, Pennsylvania. Recognizing her responsibility to give back to her community, Jessica taught life skills at the Dallas County Henry Wade Juvenile Justice Center and also served as the interim restitution coordinator for the Dallas City Attorney’s Office Community Court division.

Jessica’s commitment to help others and be a voice for her community led her to the legal profession. She attended Western Michigan University-Cooley School of Law where she graduated cum laude and graduated at the top of her class. She received the Distinguished Student Award for her involvement and contributions to the student body through numerous leadership roles, including the Ethics Student Advisor, the Hispanic National Bar Association, and the LGBT Student Alliance. While in law school, Jessica completed a clerkship with the Voting Section of the Civil Rights Division at U.S. Department of Justice where she worked on various issues involving The Voting Rights Act.

Jessica was selected as the 2011-2012 Law Graduate fellow for the Congressional Hispanic Caucus Institute Fellowship program. There, Jessica served as a Legislative Assistant at the U.S. House of Representatives where she handled an extensive policy portfolio, including Foreign Affairs Committee. Jessica also served as a White House intern with the Obama Administration. While at the White House, Jessica worked under the Special Assistant for Immigration Policy to the President, where she researched and wrote extensively on immigration-related issues, including the DREAM Act, the Deferred Action Program for Childhood Arrivals, and more. Inspired by her experiences, Jessica authored a white paper titled “New State Voting Laws: A Barrier to the Latino Vote?” and was awarded a Certificate of Special Congressional Recognition in acknowledgment of her dedication to address current pubic policy concerns.

Jessica’s expertise and dedication to protect the rights of voters and combat suppression tactics were recognized when she was asked to serve as the Nevada Voter Protection Director for the 2012 Obama Presidential re-election campaign. Among many successes she established a model statewide voter protection program; coordinated the recruitment of staff, trainers, and 500+ Early Vote and Election Day volunteers; established and managed the operation of a bilingual voter information hotline that assisted over 6,000 voters and provided more than 500 rides to the polls during Early Vote and Election Day, and coordinated the effort to provide 16 ex-felons wrongfully turned away from the polls.

Jessica opened her own law firm in District 104, Gandara & Gonzalez, PLLC, where she specializes in personal injury litigation.  Her firm gives back to the community by providing free consultations, pro bono or low cost legal services to those who have difficulty accessing the legal system or otherwise forgo it altogether due to socioeconomic, immigration, or language barriers. In addition, her law firm frequently accepts invitations to speak or hold workshops at neighboring schools for both student and parents.

She attributes her ambition, strong work ethic, and values to her parents who, in pursuit of the American Dream, started a Mexican snack business when she was very young. Jessica is the youngest of four and second in her family to graduate college.

Jessica is the champion we need fighting for our families down in Austin. Pitch in $25 or any amount today to help get her in office.